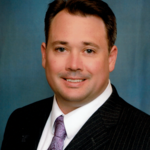 Jeremy Brasch is a native Charlottean, having graduated from Sun Valley High School. He did his undergraduate studies at UNC-Charlotte, graduating with a B.S. in Business Administration, with a concentration in Finance. After undergrad he went on to get his MBA and work in many different sized companies from start ups up to one of the largest corporations in the world gaining valuable business insights as he went. He then graduated from the Charlotte School of Law. While there, he studied abroad in Willemstad, Curacao through a program with the University of the Netherland Antilles and Hofstra Law.

After graduating from law school, he began practicing Franchise Law in St Louis, Missouri and later in Charlotte NC.

Since joining Providence Law in late 2019 he has worked with many people helping them achieve and maintain their dreams of business ownership.

Attorney Jeremy Brasch chose the field of Franchise law because he understands and can relate to the drive of entrepreneurs. As a teen he worked in his family's business and has always craved business ownership himself. After his time in the United States Airforce and a career in Corporate America he turned to Business Ownership himself. Now as the managing attorney at Providence Law he helps others achieve and maintain that same dream.

Thank you for contacting us. We will get back to you shortly.

Please complete all required fields below.

This practice exists to serve You in Accomplishing your Goals.

Our Mission: To Provide Guidance and Care for You and Your Business.